Professor Dr. Dado Schneider is an eclectic and experienced speaker, postgraduate in Marketing at the Federal University of Rio Grande do Sul (UFRGS), Master and PhD in Communication at Pontifícia Universidade Católica (PUC/RS). For the past thirty years, he has taught at some of the best educational institutions in Brazil and Portugal, such as UFRGS, PUC/RS, ESPM, HSM Educação and Universidade Fernando Pessoa.

In the first twenty years of his successful career, which began in 1979, he worked in some of best advertising agencies (MPM, Ogilvy, DM9, Escala, etc.). For the following ten years, he was a marketing executive at Claro, whose trademark he created. In addition to that, he worked as a Sales Communication Consultant for distinguished Brazilian and multinational companies.

Since 2009, Professor Dr. Dado Schneider has become one of the most renowned and sought-after speakers in Brazil, thanks to his innovative character: he is the creator of the Changing Talk, using a revolutionary language to catch the audience’s attention, as well as having tens of thousands of followers on social media.  He was also the author of “The world has changed … Right in my turn!“, a book all composed by posts and tweets, with innovative and current language. The site Buzzfeed considered Dr. Dado Schneider as one of the “must-see speakers” at the Campus Party Brazil 8, which took place in February, 2015.

The Changing Talk is an idea I had at the turn of the century. As a teacher and lecturer at that time, I found it increasingly difficult to catch the audience’s attention, as their level of dispersion went up. While presenting my ideas, I was dynamic and creative, which pleased the audience; however, as almost no one wrote down what I was talking about, almost no one was able to remember anything the next day. It was that uneasiness which made me develop new techniques and platforms. My Changing Talk, which is so successful today, is the result of many attempts I have made over the past ten years to reduce dispersion and attract the most attention. And as I have already noticed, what lies in the minds the next day is much more than a simple traditional presentation, be it a lesson or a lecture. Mixing a loud, modern soundtrack with a sequence of smart, fun, colloquial sentences makes everyone pay much more attention. The songs are chosen among top hits, without losing sight of the themes to be explored. This is the case of Lady Gaga’s “Poker Face“, which is used when I talk about dissimulation and falseness, so in vogue today … This technique allows any subject to be included, which gives me enough flexibility to change the theme, and keep the impact at the same time.

In order to address different target audiences and themes, this lecture has already been adapted:

However, The Changing Talk is constantly being renewed; more sophisticated scenography and choreography resources have been included. Demand for in-company presentations can be met, since soundtrack can be customized according to the each client’s specific briefing. 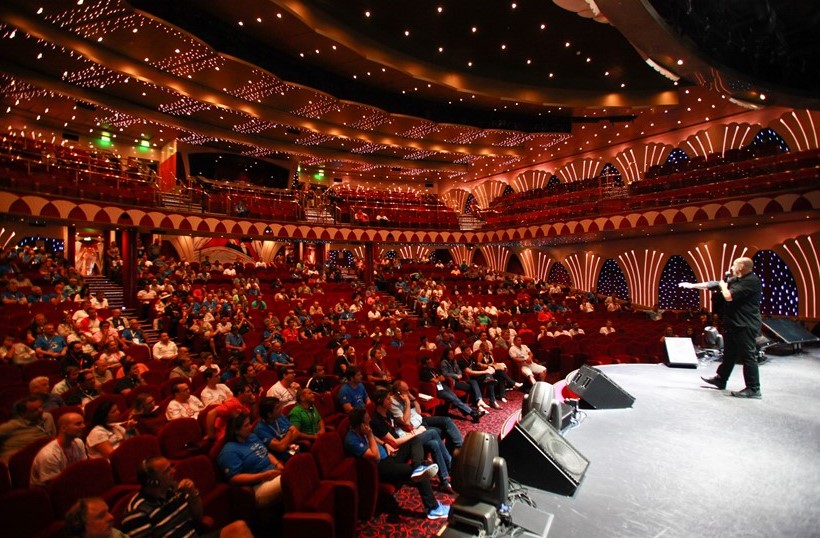 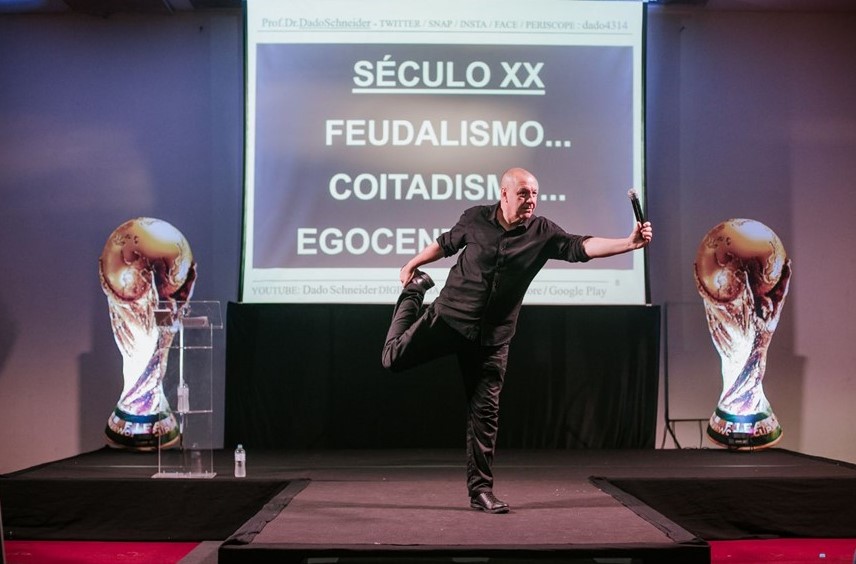 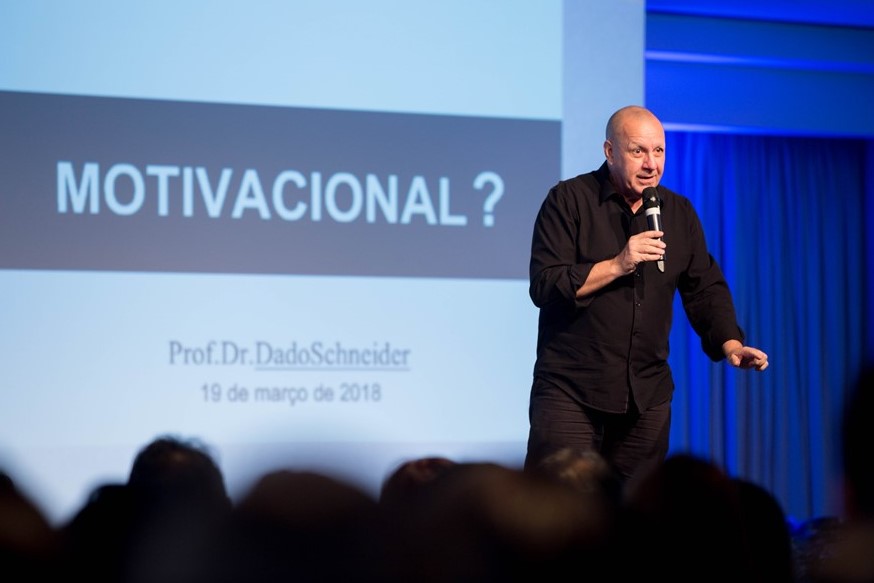 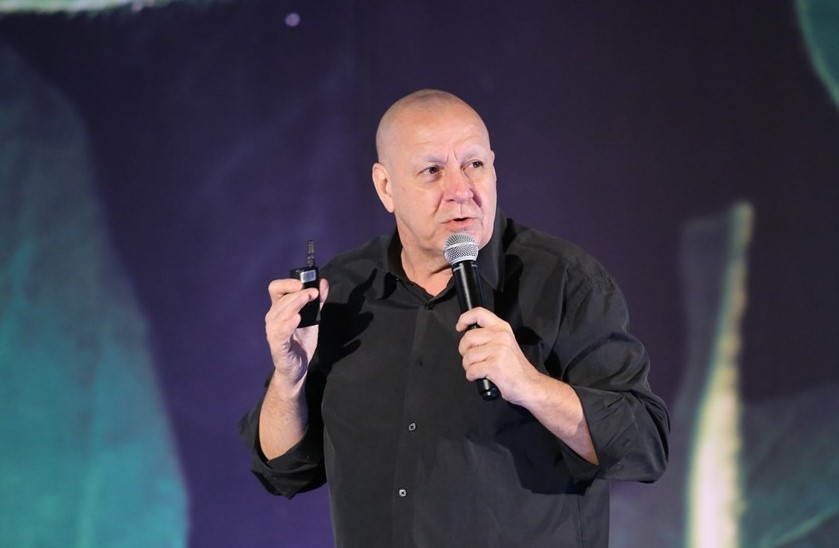 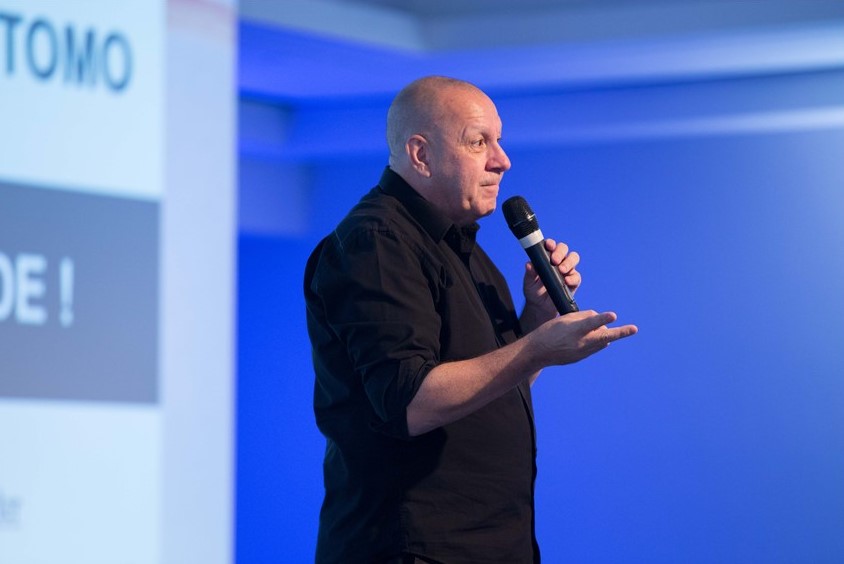